A Trip with Twite a Good Ending

After the 8.00am meet at Doctors Nook, we caught up with the rest of the group at Conder Green Picnic Area at approximately 9.00am. The trip members began with a flurry of sightings, clocking up 35 or so species in the first hour, including Redshank, Meadow Pipit, Greenshank, Goosander and a pair of Common Sandpiper, just to name a few. A great start to our day's birding. 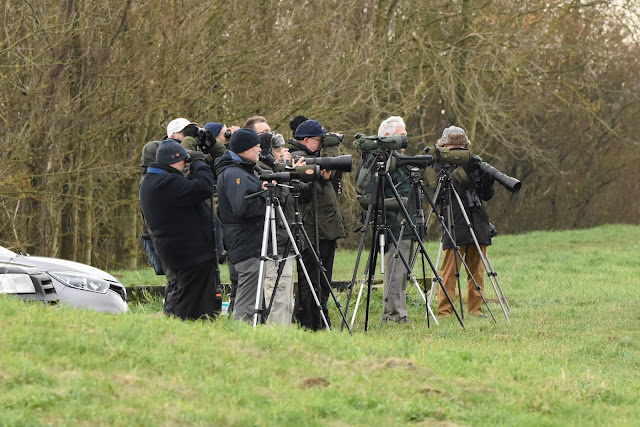 Then we moved across Conder Bridge to the pools just beyond. Here we added Oystercatcher, Black-tailed Godwit and a solitary Pink-footed Goose, along with some Redwing and Fieldfare in nearby Hawthorn bushes. After this brief stop off we headed off through Glasson Dock and on to Bodie Hill. 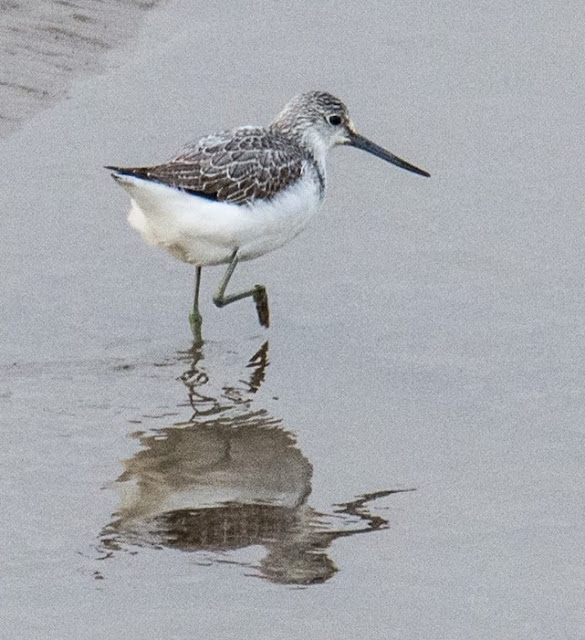 On reaching Bodie Hill viewing point, high tide was due. Here we were greeted by the magnificent view looking towards Sunderland Point across the Lune Estuary. The salt marsh was buzzing with birdlife. Hundreds of Lapwing and Golden Plover with huge flocks of Linnet, many Starling, Shelduck. Also picked up in the scopes, a resting Peregrine Falcon. 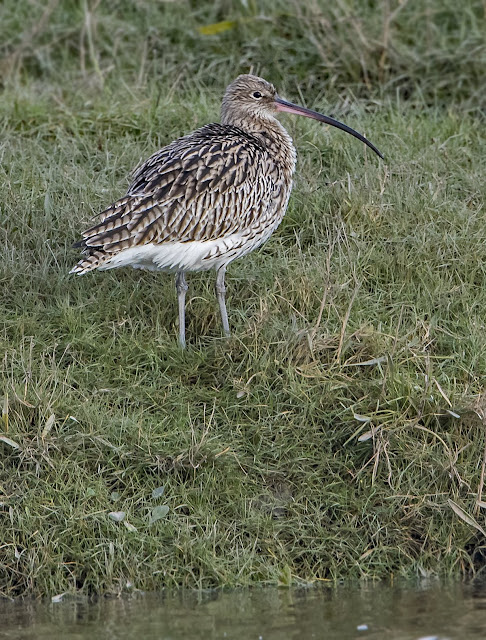 Two Brown Hares appeared in the field below. The highlight for me were the Golden Plover in many numbers twinkling against the green backdrop, illuminated by the low winter sun that made a brief appearance. High tide came and went and the party meandered its way towards Pilling Amenity Area. On the way we saw Whooper and Mute Swan grazing in the unused fields.

On reaching Pilling Amenity Area, we were greeted by a good number of Pink-footed Geese. We parked up adjacent to the shoreline. Curlew, Little Egret, and Linnet were observed with good numbers of Redshank once again. The real highlights of the hour we spent at this spot was a leucistic Linnet which caused some discussion on whether or not it was a Snow Bunting, but alas the over all verdict was Linnet.

Then the spot of the day a Ringtail Hen Harrier putting up a small flock of Black-tailed Godwits whilst scouring the now receding shoreline for prey. Credit to Alan Wilcox for picking this wonderful bird out. 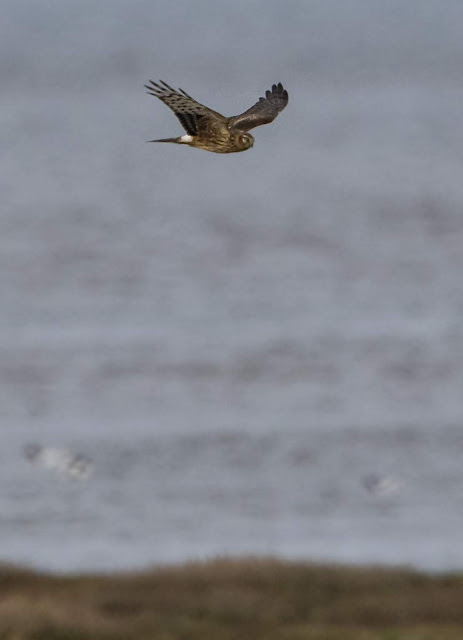 Getting a little cold it was decided to head for Knott End our last port of call. On reaching Knott End the group headed to the ferry slipway hoping see the Twite, which are regular visitor to this spot. Good close up views of fighting Black-tailed Godwit, Turnstone, Redshank and Oystercatcher and a distant male Eider spotted moving out with the quickly receding tide. 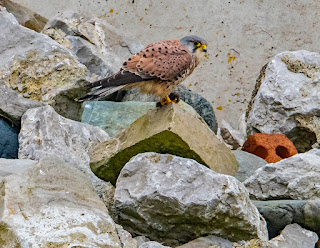 Some headed for the café and a welcome warm and hot drink whilst others bravely scoured the promenade in search of the elusive Twite, after all they would be a fitting end to our trip.

A Kestrel kept several in the group entertained whilst hunting over the salt marsh.  Eventually it landed on the rocks without any prey, but on the next glance it had caught a mouse.  Either it had done this without us noticing or it had stashed ether prey there from a previous kill.
After a short break and the happy wanderers returning, the remaining members of the group regathered at the top of the slipway. A Pied Wagtail entertained us on the statue of L.S. Lowry as we waited. It was rather narcissistic as it seemed to like its own reflection in the shiny surface. I don't remember him painting matchstick birds, just matchsticks cats and dogs! 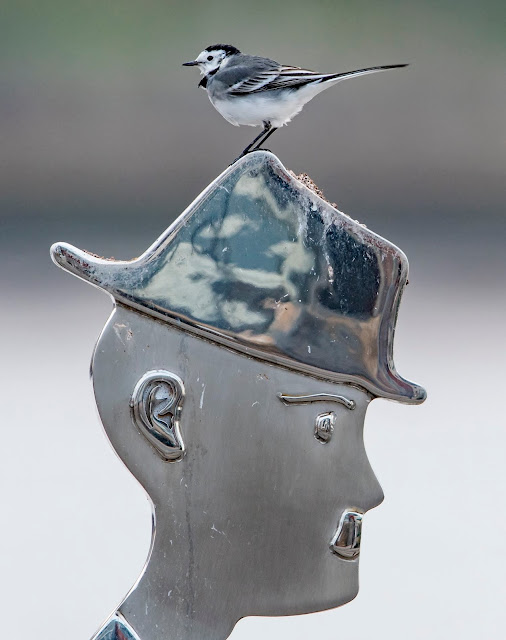 Then after a brief wait the Twite appeared, gathering around a mooring ring on the slipway for a drink of fresh water contained in the little depression where the ring was fixed. The flock of Twite came and went a few times. Lovely to see.

With light fading and the ever receding tide taking the birds further from view, we as a group slowly dispersed and headed home, having had a great day in excellent company as usual. 51 species were recorded in total - a great day's birding. 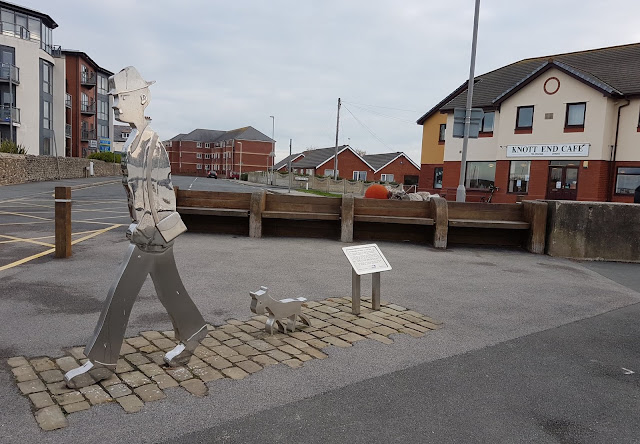 Thanks to all who attended and hope to see you all very soon on the next adventure.