A slightly faded, sepia-tinted photograph of the fourteen-strong Committee of 1977 and 1978 is retained in the Society archive. This committed body of men had worked together for a few years to propel the Leigh Ornithological Society forward into being regarded as a reliable and highly-respected regional organization in terms of bird recording, indoor and outdoor meetings, the production of newsletters and annual reports, and wildlife conservation. 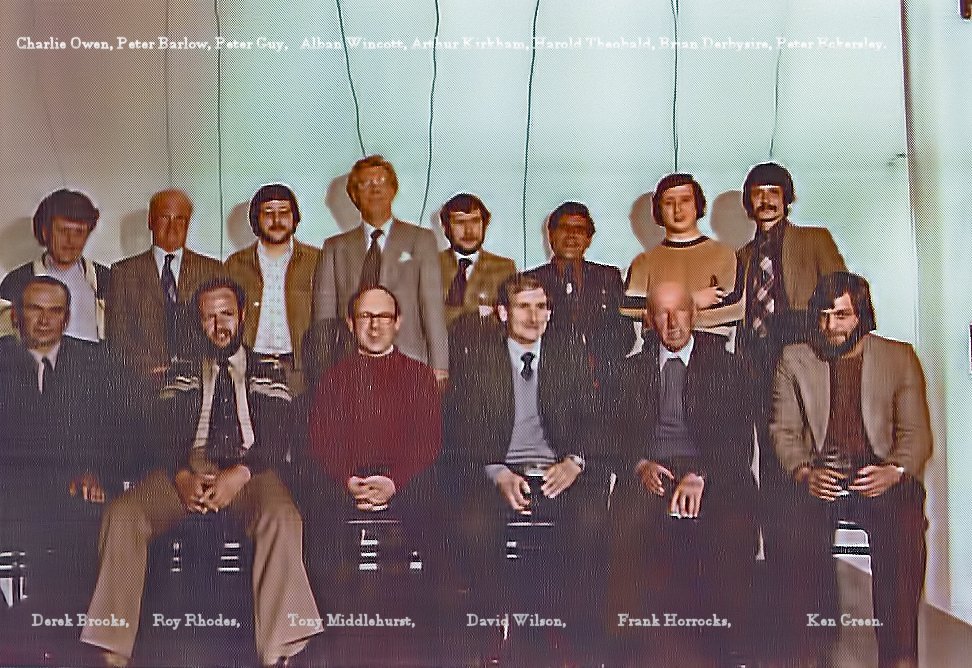 A major priority in the 1970s, and subsequently, was to strive to gain protective status for important sites in our recording area – the mosses at Astley and Risley; the flashes at Hindley, Lightshaw, Pennington and Wigan; a cluster of waters near Bolton; and wooded habitats in the Chorley/Rivington area. Prominent among the Committee stalwarts at this time, in both physical stature and in his infectious determination to enhance the Society's range of activities, was Alban Wincott who sadly passed away on September 26th.

Unmistakably referred to as AWHW in ornithological literature, Alban spent just sixteen years in our area, but his impact here was as important and impressive as it had been before, and was to be later, in his beloved Midlands homeland.

Born in Nuneaton in 1934, Alban's family moved to Attleborough on his third birthday, and it was here that his passion for wildlife flourished. As a sixteen-year-old, in 1952, he was a co-founder of the Nuneaton Birdwatchers' Club and served on its committee for seventeen years. During this time he was a prominent member of the group of local conservation activists who were instrumental in getting the former gravel pits at Brandon designated a reserve as Brandon Marshes.

Upon completion of his National Service in the mid-1950s, Alban had joined Courtaulds Limited, and during this employment he moved to the Manchester area where he soon became immersed in all matters relating to local wildlife. As Honorary Secretary of the Lancashire Wildlife Trust for some years, his main commitment was in conserving and developing sites in Greater Manchester, most notably at Doffcocker and Rumworth: further afield, he had the vision to pave the way for the Trust's purchase of Mere Sands Wood.

Alban's reputation as an enthusiastic supporter of moves to safeguard wetland sites at Bolton brought about an invitation to attend a Committee meeting of our fledgling Society in March, 1974, and thereafter the minutes books illustrate the range of his contributions and suggested initiatives. In the next two years alone he became a slide-show presenter at Members' Evenings; served as Master of Ceremonies at the 1975 Public Film Show and instigator of, and toastmaster at, the first Annual Dinner Dance in the same year; chaired Social Committee meetings and participated in the deliberations of the Bird Records Sub-Committee; and, in 1976, organized a memorable short holiday to Speyside for a few of his Committee colleagues.

Those members of the Society from over a quarter of a century ago, even though they haven't seen Alban for many years, will surely be deeply saddened to learn of his passing away, for he was the kindest of men, an enthusiastic motivator who never expected others to do what he could do himself, and a true friend who endeared himself to all who came to know him by his smiling, courteous and gentle demeanour.

Alban returned to his roots thirty years ago, and a notice in the newsletter of the Nuneaton and District Birdwatchers' Club summarizes his renewed involvement when he left us and returned to his homeland: - “On his return to Warwickshire in 1984, he took up where he left off as an avid member of the club he founded and was appointed Club President. He also returned to his tireless work as a conservation volunteer at Brandon, driving forward many of the projects. He was a speaker at many natural history clubs and we have all sat enthralled by his great photographs, profound knowledge and boyish enthusiasm as he has taken us across Europe and around Brandon with equal aplomb”.

As this autumn approached, and fully aware of the severity of his declining health, Alban requested that three of his contemporaries on the old photograph should perhaps wish to visit him, so that we could share mutual recollections of happier days and so that we could bid each other our final farewells, and, at different times, Peter Guy, Roy Rhodes and myself travelled south and spent enjoyable time with him and Jean. Since that last meeting, I have come across Alban's very first comments at his first Committee meeting, and they display a prophetic tendency in the light of the growing success of the recently-formed Young Birders' group. Even though the group's progress hasn't been identical to Alban's suggestions, it would be an appropriate gesture if his advice came to fruition some day:- Extract from the minutes of the Committee meeting in the Eagle and Hawk Inn, Leigh, on 22nd March, 1974: “Mr. A.W.H.Wincott suggested that active conservation work would be more successful if Junior Members were involved …..... He also suggested making contact with local schools with a view to the possible involvement of pupils in work parties.”

And so, as another great name in the history of our Society leaves the stage, it's important to state that many obituaries and messages of appreciation often exaggerate the qualities of those who have passed away. In Alban Wincott's case, exaggeration is unnecessary, for the simple truth is that he was among the finest of men – an inspiration to many; a dear friend to most; and a colleague who holds a very special place in the history of the LOS and in the hearts of those members who were privileged to spend time in his company.

On behalf of the Society, condolences have already been sent to Jean, Alban's dear wife of fifty years, and she, in turn, will no doubt convey to her immediate family our genuine thoughts of affection for our dear friend and our collective grief at his passing.