A trip of a lifetime, David goes to Arctic Svalbard to see the amazing polar bears and enormous walrus, plus other specialist species of, birds, animals and flowers that are found there. 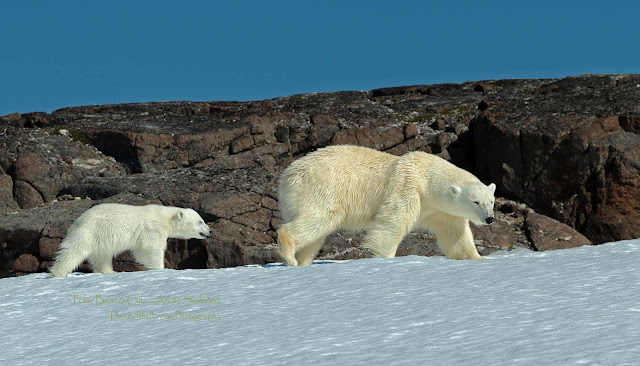 Friday 4th December sees L.O.S. Chairman Mr. David Shallcross give a talk about his recent trip to the Arctic region of Svalbard, in a presentation entitled "81 Degrees North - An Arctic Adventure. 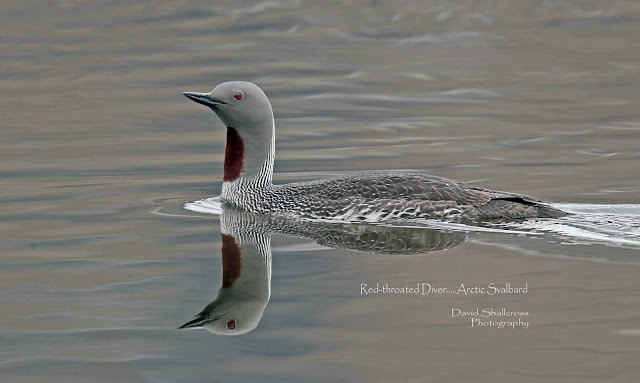 We will see how the people past and present live, going to the edge of the pack ice just 500 miles from the North Pole, travelling down fjords and getting up close to Glacier fronts. 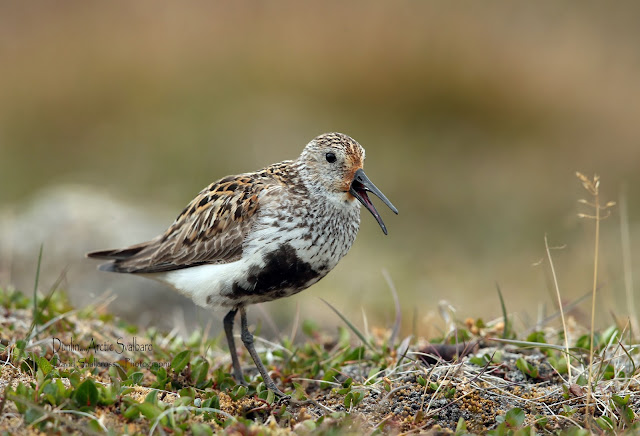 With hundreds of incredible photographs, this is truly one talk you don't want to miss. But please remember to wear something warm as the temperature is close to freezing, even in the summer!

So if you want to find out where Svalbard actually is, come along and join us in the Derby Room at Leigh Library this Friday (4th December). Doors open at 7:15pm for a 7:30pm start and everyone is welcome.
6 comments:

Fire Service incident at Pennington over the weekend

Hi all regarding the Fire Service incident at Pennington over the weekend, when rescue boats strayed into the reserve part of the water.

i emailed the station manager highlighting the disturbance caused. He was quick to reply and we have since had a discussion by telephone, to work out a protocol for future training so they don't coincide with either sailing regattas and most importantly monthly WeBS counting.

I will provided a contacts list for them, so hopefully it won't happen again.  Below is the Station Managers explanation (for security reasons i have removed his contact details)

I have spoken to the crews involved in the training exercise on Pennington flash over the weekend, and they informed me that they had inadvertently strayed into the green marker buoys due to lack of knowledge of what this demarcation meant, upon this a safety vessel from the sailing club raced to the boat crew and informed them that they were in the nature reserve section of the flash, upon hearing these instructions they manoeuvred out of the area, also to my knowledge no crews purposely strayed into any environmentally delicate areas.

I can only apologise at any upset caused, and inform you that our crews would not intentionally cause distress to wildlife as this goes against what Firefighters and our Service represents.

The organiser of the training had tried numerous departments within Wigan Borough Council to ask for permission to use the flash, but he had no luck, if you have such contact details and would be kind enough to share these with me so we can ensure that this does not happen again I would be very appreciative.

The training coincidentally was to further enhance the skill sets of our boat crews for National and International deployments into flood stricken areas to render humanitarian services to people and animals in distress, I can assure you our crews are highly professional and sensitive to environmental issues.

If you are still unhappy with my response please do not hesitate to contact me and we can discuss this further.

Once again my apologies on behalf of Greater Manchester Fire & Rescue Service.

The Marsh Tit Locally and Regionally

John Tymon's encounter with a Marsh Tit at Pennington Flash last week has prompted me to try to clarify the status of a species which has had a confusing history in several respects. To begin, it is clearly mis-named, since it has no affinity whatsoever with marshland, and its similarity to our more familiar Willow Tit has caused a degree of uncertainty about earlier records.


It wasn't even regarded as a separate species until the very end of the 19th century, by which time F.S.Mitchell's “The Birds of Lancashire” (1892) had been published and the accounts of both species had been placed together under the heading 'Marsh Tit'; many of these records would have been of Willow Tits and it wasn't until Clifford Oakes's “The Birds of Lancashire” appeared in 1953 that we have our first comprehensive accounts of the status of the two species. In this scholarly masterpiece, which I recommend to anybody with an interest in our regional ornithology, Mr. Oakes presents a description which includes its breeding range and names Silverdale as the place where the breeding population is most concentrated.

In his first paragraph, he produces a sentence which reflects our present-day understanding of its mobility outside the breeding season - “It is less inclined to wander during the winter (than the Coal Tit); indeed, its attachment to traditional nesting haunts may be one of the reasons for its failure to colonise otherwise suitable habitats.”

This disposition towards a sedentary existence is supported by an up-to-date reference on Wikipedia which states that UK ringing data indicates that 85% of over a hundred recoveries of ringed birds have been less than three miles from where they were ringed and only 1% more than twelve miles away.

Clearly, the intriguing question must now be - “Has the bird that John saw last week come from some unknown local site, and, if so, where might that be?” I'll return to this question later : in the meantime, I leave you all with a beautifully enticing extract from Clifford Oakes - “There are few more pleasant sights than a party of 20-30 Marsh Tits, in fresh autumn plumage, feeding in birch or willow scrub at the forest edge on a sunny October day.” Interestingly, Mr. Oakes makes no mention of the Leigh area in his description of the Marsh Tit's breeding distribution, the nearest reference being “It is unknown near Bolton ….. “.

As regards local breeding in more up-to-date literature, two records probably refer to the same occurrence (somewhere in the Smithills/Doffcocker area) - “A very scarce resident. Only one pair known to have bred since 1980 (J.H.Cooper and J.C.Wood - “A Check List of the Birds of Bolton” c.1985”) “ and “The confirmed record near Bolton was unexpected” in “Breeding Birds in Greater Manchester (P.Holland, I.Spence and T.Sutton – MOS, 1984).”

Intriguingly, there are mixed messages from a well-watched site in the south of our recording area. In his 1981 publication “Birdwatching at Risley Moss”, Peter Barlow, a meticulous recorder of all he saw, did not include Marsh Tit in his list of species seen over several years, and yet there have been sightings on ten subsequent occasions (until 2013). Elsewhere, the situation a little later was concisely expressed in the Society's Report for 1990 by Chris Darbyshire - “One was identified near Pengy's hide at Pennington on 7th April. There were only seven accepted records of this South Lancashire rarity in our area during the 1980s, all in 1982-83: many claims were rejected due to lack of confirmatory detail and thus possible confusion with Willow Tit.”

In more recent years there have been a scattering of records more numerous to list here, but the earlier point about the Marsh Tit's sedentary nature brings me back to the point of local breeding. My available literature is somewhat contradictory, apart from the fact that mature woodland is an essential requirement, and I am inclined to request the help of highly-skilled naturalists, among them Pauline Greenhalgh and others who might be familiar with the Silverdale area or other strongholds, to perhaps give a brief habitat description to see if it fits any of our local sites, Borsdane or Atherton Woods, for example.

The expert naturalist in our midst has, by way of experience and commitment, the ability to bring together birds and typical habitats in comments such as “This is a likely place for Lesser Whitethroat” or “Just let's see if there's a Jack Snipe here.” Perhaps a good habitat description might encourage some birdwatchers to visit unexplored corners and make an important discovery which might well lead to a site acquiring protective status on behalf of a Red List species such as Marsh Tit.

It might seem to be wishful thinking to connect John's sighting to a search of possible breeding habitats - to an important discovery - to the granting of protective status at a time when there are enormous pressures on all forms of wildlife. If such a sequence of events came to pass, it would be an invaluable and positive contribution towards local conservation at a time when much of the news about our environment is depressingly negative, and it would fulfil the two fundamental aims of our Society:-
Happy searching and good luck.

last shout for this folks need to know by saturday

Our annual Members and Friends Evening will be held at Leigh Rugby Union Club, Hand Lane, Pennington in Leigh. The proceedings will start at 7-30pm, so please arrive well before to get settled and buy a raffle ticket.

Food will be served around 8:30pm and will be traditional 'Pie un Peas' - a vegetarian option is available but must be pre-ordered by letting Tony Bishop know at the email address below.

A quiz will be active throughout the evening and marked near the end and there will be a 20 minute slide show of a recent visit to the Costa Blanca with a short interval of piano-accordion music and songs by Alan Prescott.

Please let Tony know you are coming as we need to order the food.
(leighos.vicechairman@gmail.com) 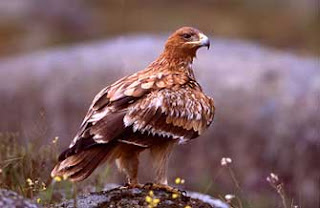 Plains, Cranes and Autovia
Birding in Extremadura
by Mike Roberts

Mike's talk is about the Steppe Region near Trujillo and the Park of Monfrague famed for its raptors. Bird species covered include Great and Little Bustard, Montagus Harrier and Spanish Imperial Eagles.


All L.O.S. presentation talks take place in the Derby Room at Leigh Library, from 7.15pm onwards.

Everybody is welcome so please come and join us.
No comments: