'I'm Going to Tell a Little Tale' by Dave Wilson 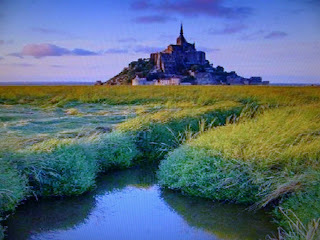 I'm going to tell a little tale. It's not about rare events or rare birds or spectacular happenings. It will be an attempt to remind everybody of what natural treasures we are able to find wherever we go and what we may lose if we cease to appreciate and protect them in an ever-uncertain world. I begin across the Channel in Normandy and finish with thoughts from home and the uncertainties for our future.

Not far from my eldest daughter Helen's family home stands one of Europe's most impressive coastal attractions - the ancient island abbey of Mont Saint-Michel. Between two and three million visitors a year attest to its appeal - to the genuinely devout; to painters and photographers; and to many who are taken there as willing, or unwilling, members of coach tours. 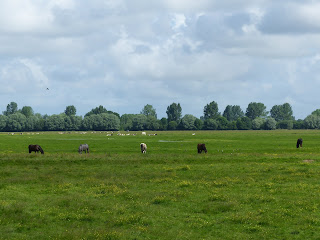 Commercialism there is rampant, and, whenever possible, I prefer to spend my time by a huge marshland, Le Marais de Sougeal, upstream from the tourist gatherings along the dawdling Couesnon River which, from where I choose to wander, resembles a great flood plain rather than the true marshy habitats which are more plentiful further south.

I have never met another soul on my mooches there, and so it was again on a fine early October morning when I made my most recent visit.

As usual, before reaching the spacious greenery where horses and cattle mingle, and glancing at the familiar towering poplars which play host to large clumps of mistletoe, I begin to think back to previous visits and some of the surprising encounters which have come my way - Cattle Egrets sticking close to grazing calves and mothers; frogs in crystal-clear ditches; Spotted Flycatchers with newly-fledged young; gorgeous Beautiful Demoiselles at rest; a delightful selection of motionless butterflies, among them Painted Lady and Marbled White; and an unconcerned Muskrat, seemingly seeking a morsel from the track I was following. 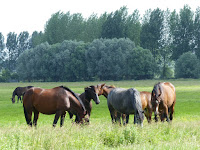 Sadly, when I reached my first vantage point, the misty marsh appeared devoid of life with no signs whatsover of even the regular largest inhabitants - Mute Swan, Cormorant and Grey Heron. And then I remembered that, in this region, Thursday is the day when "hunters" roam about, practising their pot-shotting and my doubts were confirmed when loud cracks sounded from the other side of the marsh - and the ricocheting calls of hidden, startled Jackdaws disturbed the silence. 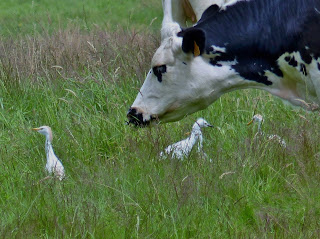 Thereafter, I concentrated on the tinier wonders at my feet and by my side - crane flies everywhere; occasional resting spiders near empty webs; late summer's sparse floral show and eye-catching autumn tints among the brambles; resting Small Coppers, Speckled Woods and a solitary Comma among leaves of changing colour; a Common Darter on the path; a hidden creature moving about near a cluster of fallen sweet chestnut fruits and shells and, as I left this place of refreshing solitude, a couple of Goldfiches tinkled by, rested briefly, and then flew together towards a clump of inviting thistles. 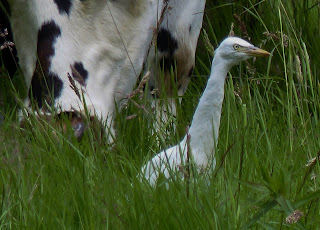 Chestnut shells and Goldfinches came to mind again a couple of weeks ago as I stood with others at the cenotaph in Atherton on Remembrance Sunday. By eleven o'clock the sounds of marching feet, brass band music and voices giving whispered greetings had ended for just two minutes - as silent now as when I rested by the marsh a month ago. And then, before the reveille was played and the flags raised, gentle Goldfinch music was heard from far away and a Grey Wagtail made a rapid flypast. 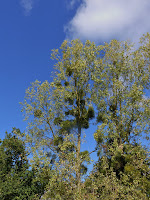 Whatever thoughts the assembled folk were having as they stood in respectful silence, some would perhaps have tried to imagine the horrors of past wars with battlefields of carnage, ruined lives, discarded weapons and shell cases.

Thankfully, even at this time of political turmoil, there are too many good and caring people around to ensure that the only discarded shells in future will be Mother Nature's - on the Normandy beaches and other friendly shores; by the secret anvil of Song Thrushes here and there; and beneath bountiful chestnut trees everywhere!