Was this a day to invite regret at perhaps too much hoping for things that, once they appear, cause us to hear that refrain..."be careful what you wish for"... Let me explain ... 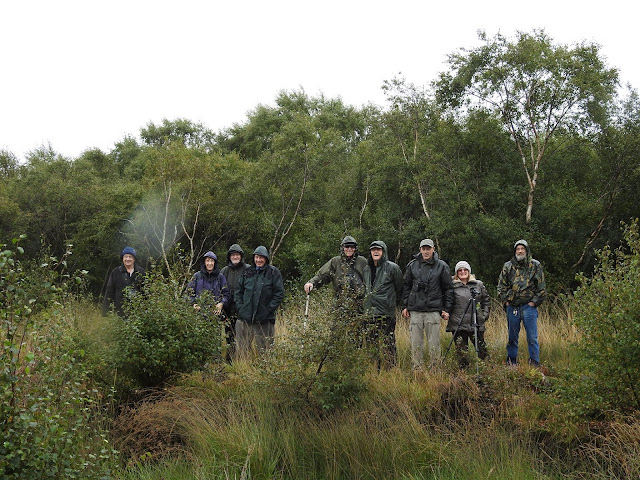 The schedule of life said that this was the day on which that enthusiastic team of birdwatching stoics from L.O.S. had requested a wander about Chat and Little Woolden Moss (LWM) having recovered from their wander over Barton Moss last winter thus up I rose to that which I have craved for this summer of relentless baking sunshine .... Rain..glorious rain...err but thought I, not today please! Well didn’t you so wish for such weather, said the contrary sky.

OK it’s true I craved rain because I have watched the ‘wader life force’ that has sat out on LWM become a desiccated sweep of uninviting barren peat which should at this time of year be giving life sustaining rest recuperation and rewarding snippets of refuelling food to migrating waders but with the ironies of ironies here was my beloved rain not yet capable of creating pools of delight for wildlife but otherwise ensuring that it could but only create a damp squid of a day out on these ‘my’ sweet Mosslands whilst not bringing in birds to delight in seeing by our visitors...such is the way of all things ... it will be overcome for whomsoever meets me on the moss cannot help but find a gleaning gem of landscape which is so underrated by those who wear life limiting blinkers.

Windscreen wipers on full alert, off I trundled to Moss Farm Fisheries where right on cue I found nine ‘let me at it’ members of L.O.S. disdainfully regarding the glowering skies and ready to hit the glistening trail of rain-clad tracks. A Kestrel started off the day list... we were up and at it...

Field number two held a flock of Black Headed Gull, a few Woodpigeon and not the Swallow it has hosted this summer for they had moved on ... and so did we, heading north up Cutnook Lane.

Croxden Peatworks with its tenacious pools which have fought off the previously referred to dehydrating sun hosted a Green Sandpiper which gave a nod to autumnal wader movement and a positive spring to our collective stride. Onward we pushed soon heading in a westerly direction.

Rain kept at bay allowing our faithful day list recorder to almost end up with writer’s cramp as we encountered the double delight of more pooled areas coupled with a ‘lovely sweet smelling’ (oh the irony) pile of night soil. This pairing combining to host a flush of birds which were soon lifted into the air as a female Sparrowhawk swept in without an invitation to the insect picnic.

Pied Wagtail, Meadow Pipit, Reed Bunting, Goldfinch, Yellowhammer and Greenfinch took to the sky which had but a few seconds before had been occupied by departing Swallow which barely ruffled the air in their haste to get out of town as they saw but South Africa as their yearned for winter home... offended that they choose not to stay with me on our Moss? I am not, for I do realise that the rain I have so wished for will then lead to insect depleting weather... our list had grown.

A slight retracing of steps as no one it seemed wished to trudge through the four foot deep pile of treated sewerage (did I tell you about my encounters with a cloying mass of such that I once waded through at Tyldesley Sewerage Farm back in the sixties to check out a small Black Headed Gull Nesting Colony?) brought us back over to Twelve Yards Road, but not before we had noted a couple of obliging Linnet which were perched out on some power lines. 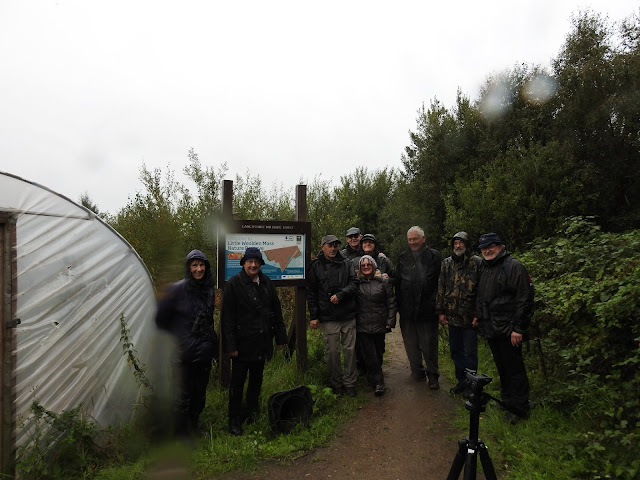 The rain then set its flowmeter to ‘high’ therefore on our arrival on LWM we decided to take refuge in the poly tunnel which is now seemingly in its last days of existence as it has been blessed with yet another batch of those who see only negative destruction as their salvation. What always bemuses me with such types is their so predictable pattern of behaviour:
WHAT! ... say I ....

The rain abated, we headed further west, the erstwhile pooled area had not captured this morning’s rain (as we had) and few birds were noted as we moved about the site, but orientation lessons were taken on board for future visits by members of the team. Success on a birdwatching day out comes in many forms!

Then after adding a lone Whitethroat and a few heard but not seen House Martin, we decided that a genteel chatty retreat back east which offered a welcoming ‘hug’ from the comfort zone of the Fisheries Cafe and but half an hour later ambrosial food and cuppas were served up in warm welcoming surroundings The day had been won - one nil for Team L.O.S. - whilst Team Weather took its defeat in style, for as we left for home it cried buckets of crocodile rain-shaped tears. 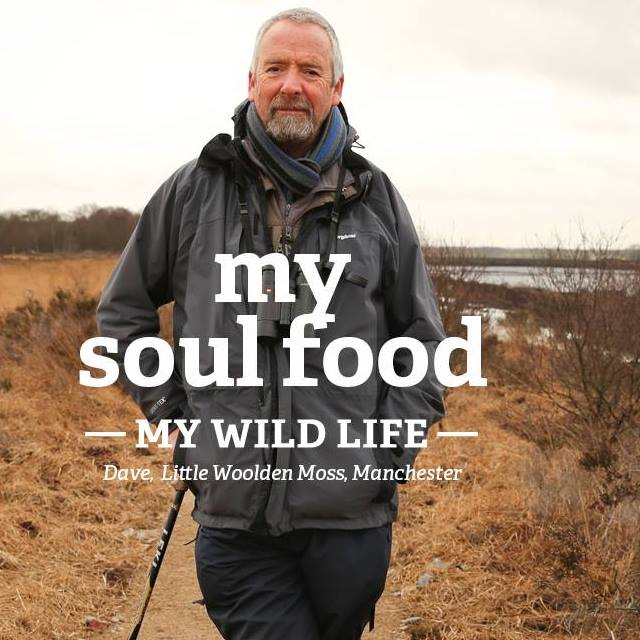