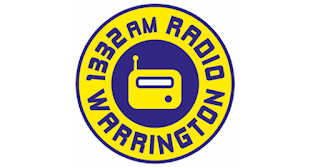 As well as birds, they talk about the origins of Pennington Flash and many aspects of the environment including the importance of green spaces and brownfield sites such as the former Bickershaw Colliery area.


This YouTube version has had the music removed due to copyright reasons.

If anyone wants a DVD, CD or MP3 version of this audio file, just message me to arrange it.
No comments:

Many readers, including members of the Leigh Ornithological Society, will be unaware of the existence of a small group of local naturalists who formed our town’s first natural history group, the ‘Firs Lea Naturalists’ Association’.


The driving force was Tom Edmondson, a pupil at Leigh Grammar School, and, together with Wilf Cartledge, Tom Durkin and Frank Horrocks, they aimed to broadcast the message of local wildlife conservation, specifically arising from concerns about the future of Pennington Flash.

The inaugural meeting of these committed pioneers was in September, 1938 - a third of a century before the foundation of the L.O.S. - but the small group’s initiative came to very little, for in less than a year the Second World War began and the four friends were, of national necessity, dispersed.

Tom Edmondson continued to pursue his studies; Wilf Cartledge went to support the war effort in Barrow, presumably in the shipyards; Frank Horrocks joined the Royal Artillery; and Tom Durkin went to serve with the Eighth Army in North Africa and thence in Italy.

During his time abroad, Tom Durkin corresponded with the young Tom Edmondson, describing the birds he’d come across and, like Frank Horrocks, sometimes displaying his talents as a poet, much of it expressing a yearning to return to his native land and re-visit Pennington Flash. In one of his last poetic offerings he describes the unbounded pleasure of sitting alone, at twilight on the shore of the flash, and absorbing the wonders of his surroundings, an experience beautifully expressed in one of his most moving short verses:-

“Sitting by the flash in an evening cool,
Watching various waders in a nearby pool,
Whistling wings I hear rush by,
I see silhouettes in a fading sky.”

I mention these happenings now because yesterday was our longest day, but the 21st of June, 1944, was Tom Durkin’s shortest day for it was then that this brave son.
Dave Wilson
No comments: