The L.O.S. Young Birders' Club Team spent two fantastic mornings at St. Catherine of Siena Catholic Primary School in Lowton this week.  The volunteer L.O.S. members included Roy and Dave to look at moths, Joan and Jeff to do the plants and insects, George and Martyn to look at bird identification and Tony to handle the logistics and time-keeping. The weather was 'scorchio' and this proved to be ideal for our star attraction of the 'Moth Mobile' - I do hope Roy doesn't mind me calling his excellent motor home by that name!

After a week of talking to teacher John Clegg (a lapsed L.O.S. member) and planning activities, the LOSYBC Team arrived on Monday morning to the amazing sight of Roy's mobile home parked in the school's wildlife garden.

Roy had been here overnight and, ably helped by Dave Wilson, had set up a number moth traps around the garden to do a species count.  This had required a risk assessment form to be completed, permission from the school, the local police and neighbours to be informed and lots of emails  - no mean logistical feat I can tell you!

Anyway, as we arrived Roy and Dave were just putting the last few moths in bottles for showing to the children later.  With over 100 species found in a total of nearly 700 moths, they both seemed very pleased with their night's work, even though Roy had only had a hour's sleep.  I don't think he appreciated my joke when I asked him for a bag of chips and an ice cream!

After a short meeting, we all went into the Year 3 classroom and introduced ourselves. The class was split into three groups with one staying in the classroom to look at bird identification and the other two going outside into the garden to look at plants, insects and moths.

The initial idea was do a BioBlitz in the garden, where each species of plant, animal, bird and insect found is recorded.  The children were all given clipboards with a recording sheets and there were plenty of identification sheets and books available as well as the experts from the L.O.S.

Although this went quite well, the weather was very hot and there was so much to see and do, that on the second day we decided to abandon the recording aspect which was very time-consuming for the children. Instead they just enjoyed being out in the fresh air and sunshine and seeing all the different forms of wildlife quite literally on their doorstep.

But it has to be said that the moths stole the show. Their sizes, colours and diversity was simply spectacular and many of the children and teaching staff were really amazed at how beautiful and interesting they were.

Many of the children wanted (and were brave enough) to hold the moths in their hands. But even those who thought they didn't like moths that much couldn't resist having a closer look, especially at the ones in closed bottles!

All the moths were released back into the garden at the end of the second session.


At the end of the second day we were all exhausted but very pleased with the outcome.  Later I was told by John Clegg that it had gone down very well with the children and that he had heard many of them talking to each other about what they had been doing as he walked around the school.  And that's exactly what we were hoping for.

For a lot more photos and details of the activities have a look at the report on the Young Birders' Club (LOSYBC) website here:

(Not quite ready yet - will be available soon)
No comments:

Here's a great photo of a Swallow that Joan took recently.
No comments:

Vote for Lightshaw Meadows in the 2013 National Lottery Awards

Lightshaw Meadows is an area of open countryside and a beautiful mosaic of wetlands located in the heart of the Abram Flashes in Wigan. The landscape has been created over many years from mining subsidence and is a stunning example of how Wigan’s industrial heritage has shaped the local landscape. On a wider scale, Lightshaw Meadows forms part of Wigan’s Greenheart Regional Park, which lies between Wigan and Leigh.

Lightshaw Meadows covers some 18 hectares of land, 13 hectares of which has been designated as a Site of Special Scientific Interest (SSSI). However, over the last few decades, the SSSI gradually deteriorated into an ‘unfavourable’ condition as categorised by Natural England. Therefore, for the last three years Red Rose Forest and the Lancashire Wildlife Trust supported by the Heritage Lottery Fund, the Environment Agency, Natural England and Wigan Greenheart have been working to improve the area and its status has now been upgraded back to a ‘favourable’ condition. 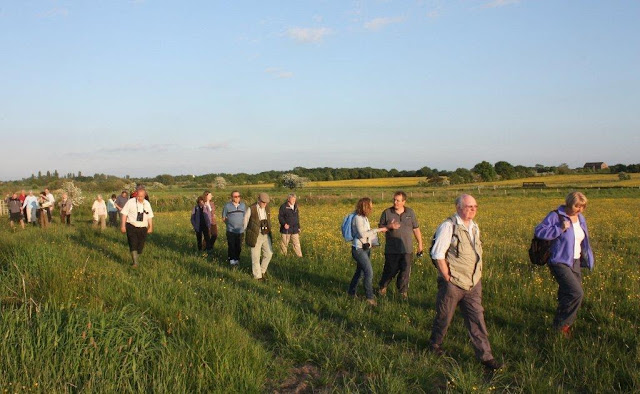 The latest news is that Lightshaw Meadows has now made it through to the prestigious National Lottery Awards final seven in the Best Environment Project category, with a coveted trophy and a £2,000 cash prize up for grabs if the project gets the highest number of public votes in the category.

For more details on the work being carried out here you can read about this exciting and worthwhile project by clicking on the LWT links below: