'Pennington Flash Memories'
David Wilson’s cinefilm 'Pennington Flash Memories, now on DVD, was made between 1977 and the mid-1980s and illustrates the dramatic changes in habitats and dependent bird species between those days when the flash was primarily a wetland and grassland site and the present-day character of the tree-dominated Country Park.
The breeding species shown include now uncommon and displaced species such as Lesser Redpoll, Lapwing, Ringed Plover, Yellow Wagtail and Whinchat, and there are sequences of several unexpected rarities, among them Black-throated Diver, Red-necked Grebe, Shag, Leach’s Petrel, Bewick’s Swan and Great Grey Shrike.
It promises to be an eye opener for some members and a trip down Memory Lane for others!
Doors open at 7:00pm for a 7:30pm start upstairs in the Derby Room at Leigh Library.
Admission is free and everyone is welcome.
No comments: 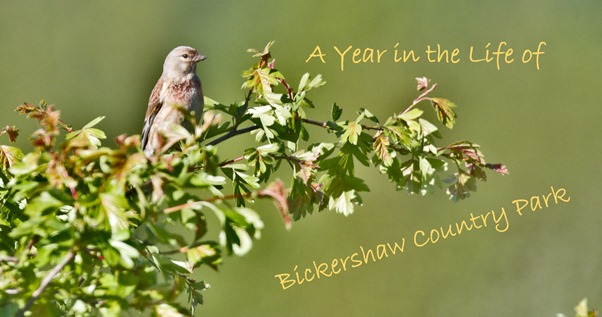 Bickershaw Rucks, BCP or just plain Bickershaw - it's a drama unfolding on our local patch: nature taking back its own!

A Grand Day Out at Parkgate and Burton Mere Wetlands RSPB

Our second outing for the season, and oh it’s so good to be back in full flow. 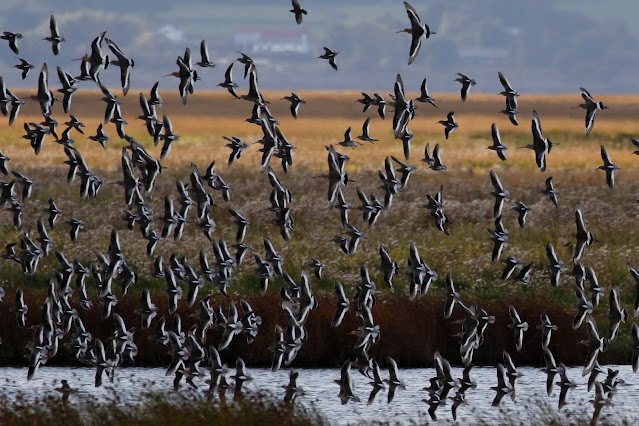 With the usual meet times and arrangements, our group gathered at Parkgate, on the site of the Old Baths. For those who haven’t been, the sights and the sounds of the Dee Estuary are something to behold. On this clear, sunny and relatively wind free day, it really was a wonderful spectacle. Marsh grass scrubland as far as the eye can see, and the orchestra of thousands of birds breaking a deafening silence. 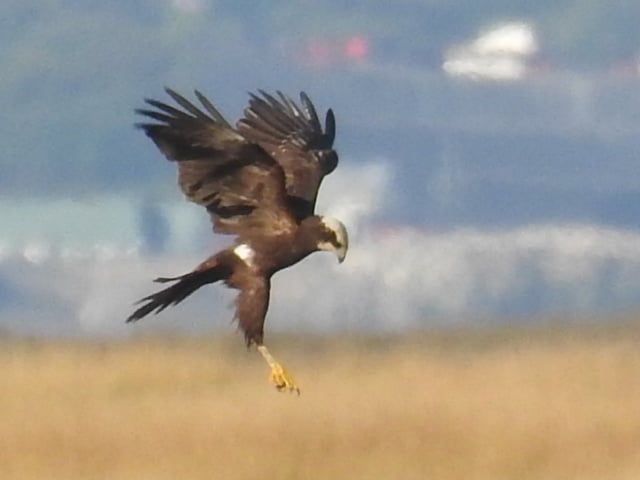 It wasn’t long before when spotted our first Marsh Harrier and we would record five for the day. If we had moved along the estuary there would probably be many more. The now commonplace Little Egret which would have been a rarity some twenty years ago, showing intermittently in good numbers plus the odd Great White Egret. Canada Geese and Greylag Geese moved along the Estuary, not forgetting the amazing numbers of Pink footed Geese with their unmistakable “wink wink “ call, looking for somewhere to settle and feed. 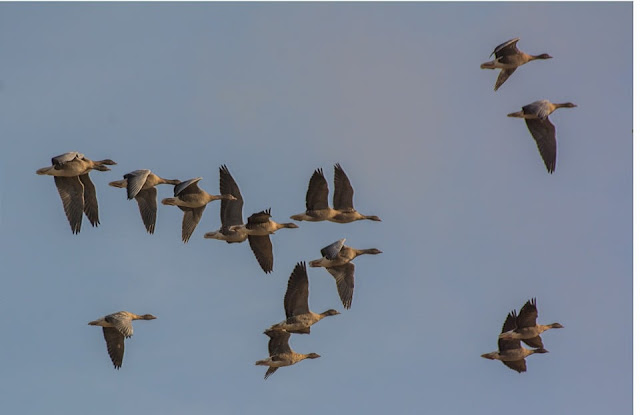 Five Buzzard caught our attention over the farmland behind us. A Kestrel gave good views as it rested on a fence post, one of three seen for the day. Then a large flock of Redshank took flight maybe two or three hundred, spooked by a Peregrine Falcon which was a mere fleeting glimpse through the field glasses.

We decided to walk a few hundred meters to the other side of The Boat House public house and the pool beyond. We were hopeful to get a glimpse of the Spoonbills reported a few days before, but unfortunately no luck on that front. 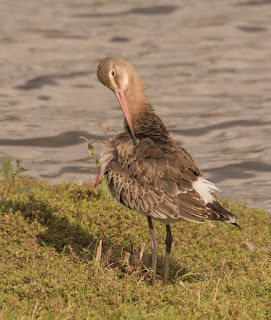 What we did get was a better view of the Redshank all now settled by the water’s edge, amongst them the odd Greenshank. A Water rail showed fleetingly and vanished again into the tall vegetation. Other birds noted, a Sparrowhawk, Shelduck , Cormorant and some of our smaller birds, Stonechat, Meadow Pipit, Wren, Goldfinch, Robin, Blackbird, Starling and Skylark.
Our next stop would be Burton Mere Wetlands, grabbing a sandwich and a brew on the car park before entering the reserve.

From the main hide it looked like some clearing of vegetation had been done during lockdown, making one vast scrape, ideal for waders etc. Lapwings were thriving in good numbers also Black-tailed Godwit. 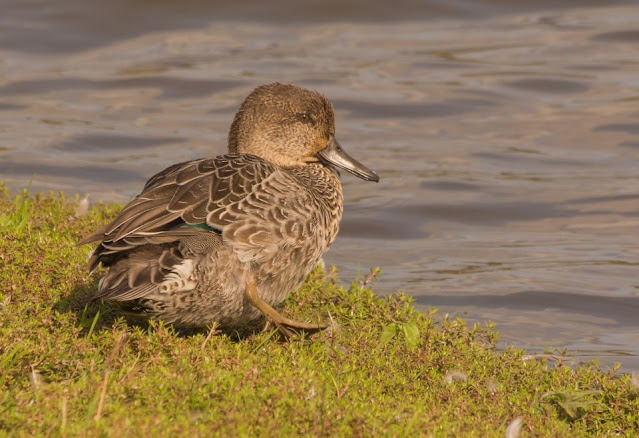 As we moved around the reserve from hide to hide, huge numbers of Shoveler most in eclipse plumage, Gadwall, Teal, Coot, Moorhen and the odd Pintail. Our aim was to get to the far side of the reserve and see the brand new Border Hide. Quite impressive it is too, over looking pools to the front and the side. Here, Shoveler, Teal, Wigeon, Black-tailed Godwit, and Mute Swan. A Little Grebe showed well in front of the hide, but unfortunately nothing out of the ordinary. 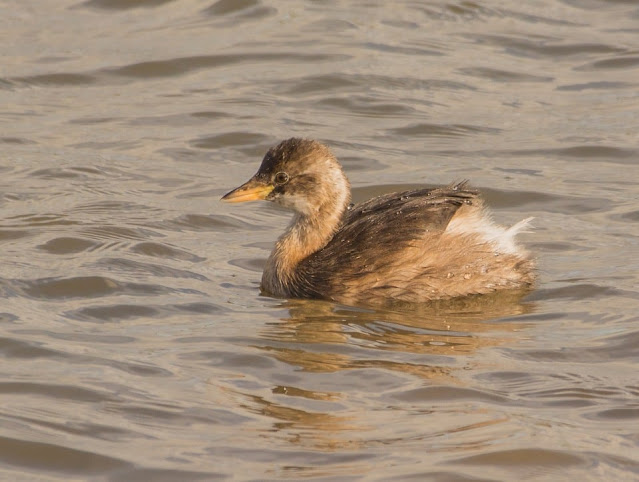 Making our way back round to the Bunker Hide, an array of Corvid, Rook, Jackdaw, Magpie, Carrion Crow and four Raven. Other birds to note, a small flock of Long Tailed Tit, and the unmistakable call of the Cettis Warbler. 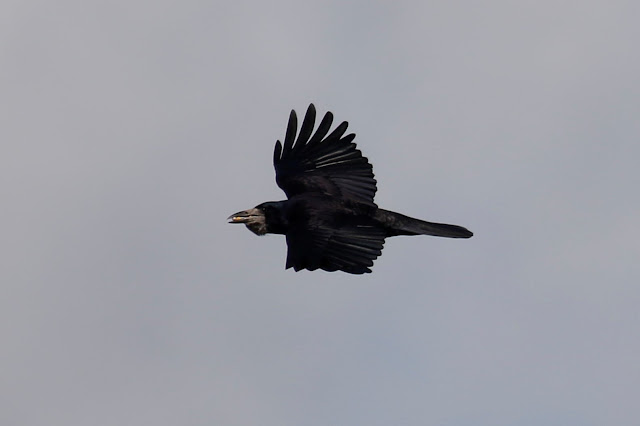 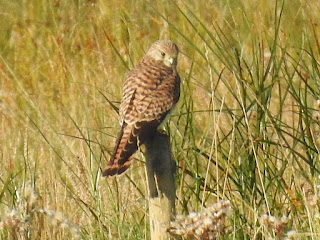 Making our way round to the Bunker hide we sat a while by the feeders in the late afternoon sunshine, watching the large numbers of Pink-footed Geese sporadically taking flight but only moving a few hundred metres from field to field.
A Kestrel. Greenfinch, Great Tit and Blue Tits entertained us as we sat.


As the sun slowly sank in the sky, it would be a fond farewell to Burton Mere and the Dee Estuary as we left for home. 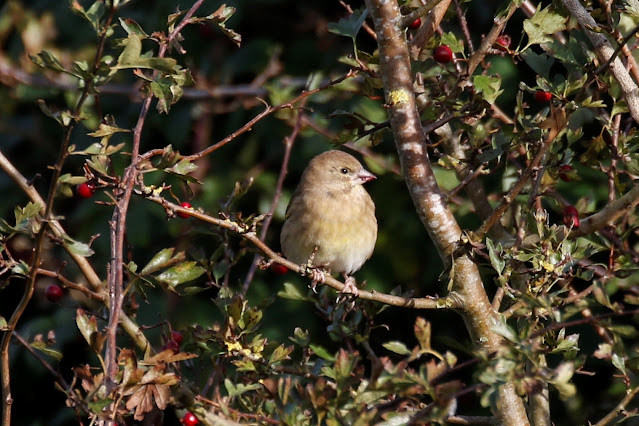 A total of 51 species seen on the day. Thanks to all who attended. I think we all appreciated what we have missed over the last 18 months or so. 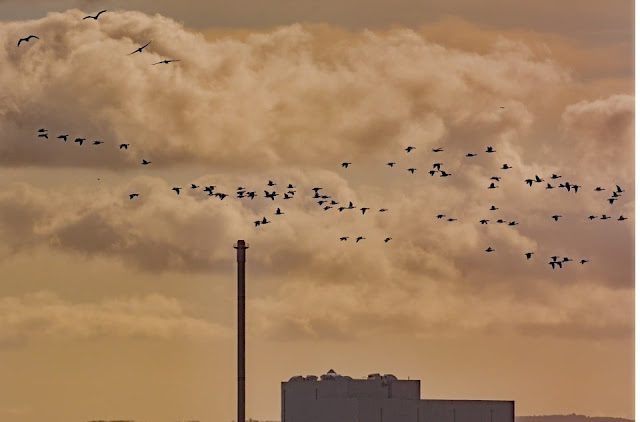 This is the presentation video I did for the recent 50th Anniversary Open Day and Queen's Award celebrations highlighting the many different types of work and activities we do. Don't worry, there is no sound!